A few day ago I was asked by a friend of mine, ‘Why do you run?’.  Now although its something I’ve thought about on and off a few times before I’d never put it into words - so I thought I’d give it a shot.

In this post I’m going to touch on how  I got into running in the first place, the benefits I get from running, trail running, running ultramarathons and why I think everyone should run.

First of all I wanted to start this post by saying that until a couple of years ago I had despised running. I saw it as a chore and something that crazy people did. Why on earth would someone just go out ‘for a run’. I’d always related running back to my time playing football where if you were running without a football in sight it meant you were in pre-season training and minutes away from feeling nauseous. Usually delivered in the form of a bleep test, pitch runs or a cross-country run.

I always remember being fairly naturally fit in my football days (credit that to Russell Osman) but the idea of running for the sake of running wasn’t something I ever had on my bingo card of things I would love by the year 2020.

So fast forward to 2018 and the start of my interest in running. To set the scene. I have a daughter, Isabella who’s 4, young twins born prematurely called Penelope and Matilda and I’m working for myself attempting to run a small digital agency (poorly may I add, but it kept the lights on). Things are pretty hectic. One day, I open up YouTube to get my Joe Rogan fix and there’s a guy on there called David Goggins. By now you’ve likely heard the story of Goggins so I won’t go into that, but, the part where he talked about ultra marathons stuck in my brain. If you haven't read "Can't Hurt Me" then I highly recommend it! So while simultaneously feeling pathetic and inspired I decided that I needed to get outside of the comfort zone and start doing something that really fucking sucked (this is the interview that changed it all)

It took me all of 2 seconds. Running. In particular, running an ultra.

In my opinion, at the time there were few things that I hated more than running. Unlike my brothers and dad who have a marathon under their belts, I hadn’t even run a half marathon, let alone a marathon.

While I’m not sure about the exact sequence of events that led up to the booking of that first race, in September 2018, the Peak District 100k Ultra was booked and in the diary. Also, to ensure backing out was never an option I decided to raise money for Alder Hey Children’s Hospital - who, did a great job with Matilda when she went through some rough times.

That was it. Pot committed with 9 months to train. Longest run at the time of booking? 5 miles. The amount of miles in 100k, 62.

Let’s speed up the next part. In this same period we moved houses, too somewhere incredible, surrounded with hills and trails. I joined Saddleworth Runners, the local running club filled with incredible runners (well out of my depth). They must have laughed at the 100k thing! Trained a lot, got fitter, running got easier, ran all the hills, met amazing people, became part of an epic  community and running became one of my biggest pleasures. Ran my first marathon, The Montane Howgills 24 Trail Marathon and on the 14th of July 2019, finished the Peak District Challenge 100k in a time of 15 hours 44 minutes.

What I get from running

At the beginning of this post I said that I used to despise running and I completely get why a lot of people do. It’s hard. Especially, when you’re just starting out but given the right amount of time running changes from something that is hard to something of pure joy.

Here is my answer to that question.

I believe that as humans, we evolved to run, and run far (this is a key difference which I’ll talk about in a second). We have this incredible body which allows us to sweat to regulate heat, extremely complex feet that allows us to absorb shock and ligaments and tendons that allows us to run across all terrain for huge amounts of time. We as humans, can in fact run animals to death. If you don’t believe this then take a peek at persistence hunting, it’s super interesting!

Running long distances for food was something we did for thousands of years, only recently (in the content of human evolution) have we not needed to hunt on foot for our food. A short trip to the fridge is all that’s needed currently.

As modern human we’ve gone from likely running/walking across varied terrain multiple times per week or everyday to sitting on the sofa and walking on tarmac to our cars.

When you run, long distances, on trails (not tarmac) through nature, something happens to your mind and body. It feels as if you were meant to do this. A primal feeling that lets you know this is something we were evolved to do. You can feel the neurons in your brain firing up, honing in on this one area of focus while at the same time blocking any other thoughts that are not required. It’s like your mind & body goes into hunt/work mode. Any other processes that don’t serve that goal get shut down and blocked out. You get pure clarity of thought and what's important when you run.

Running and running far gives me the ability to process everything that is in my head. It gives me perspective on what is truly important. It makes me a better person.

Training for and running ultramarathons gives you no choice but to be disciplined, determined and self-motivated. Unlike anything else, you’re voluntarily putting yourself into a situation that you know is going to suck. At some point you’re going to want to quit. Your feet will hurt, you’ll feel sick and you’ll think there is no way to take another step. But you’ll realise, unlike many other situations in life, there is no-one there to run it for you, so you keep moving forward. And others running with you, will do too.

“People think I'm crazy to put myself through such torture, though I would argue otherwise. Somewhere along the line we seem to have confused comfort with happiness. Dostoyevsky had it right: 'Suffering is the sole origin of consciousness.' Never are my senses more engaged than when the pain sets in. There is a magic in misery. Just ask any runner.”
― Dean Karnazes

During an ultra, you’ll experience life in a day. And, you’ll come out of it a better person.

You'll also realise you and your body are capable of much much more than you thought.

This is why I run.

p.s one of my favorite creators Billy Yang has two great videos on ultrarunning.

The first is called "Life in a day" and the second is "Why 100 miles" which explain a lot about how I feel on the topic. 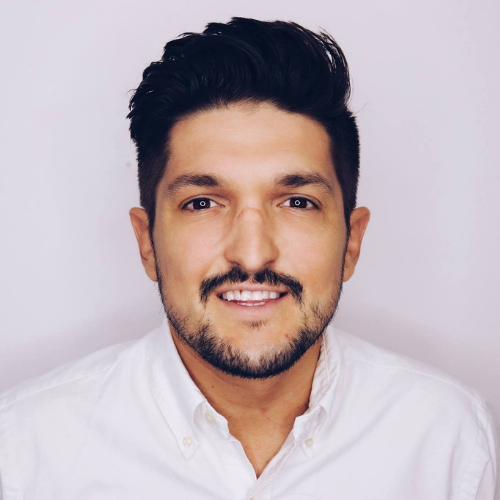